Gateway of God Vishnu and city of Kumbh Mela - Legend has it that here they fell from a pot carried by a Garuda, some drops of Amrita's Elixir - the elixir of immortality, turning this place into the Gate to reach the immortality, to God and then to Shiva, ironically represented with a trident in his hand.
The city, destination of the Hindu pilgrimage, stands at the foot of beautiful hills and is crossed by the sacred river Ganges: on the steps overlooking the banks, here as in Varanasi, pilgrims pray at sunset, celebrating the Ganga Aarti among a thousand candles and fires, bathing in these waters to interrupt the cycle of reincarnations.
In Haridwar, there is its best known Ghat, the Hari-ki-Pauri,"the imprint of God Vishnu", the Gorakhnath temple dedicated to Guru Gorakhnath, the Birbhadreshwar Temple and the Sati Kund.
The periodical Kumbha Mela Festival takes place in Allahabad, Haridwar, Ujjain and Nasik: oceanic crowds. 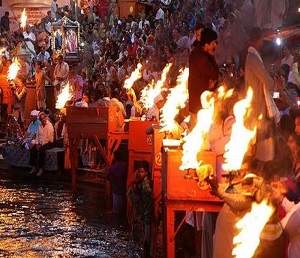 the city sacred to Hindus and Buddhists - Where the first celebrate the birth of the God and his death in the Naya Ghat area, on the Sarayu River, while the latter celebrate the long stay in this locality of the Buddha.
Among the temples that here stand the most visited is definitely the impressive Hanuman Garhi, dedicated to Hanuman, the monkey god who always according to the legends, here had his home while he was guarding the birthplace of Rama.

known as the "City of a thousand temples", is located in Tamil Nadu. Of ancient origins, it is one of the most sacred places in India, known in the world also for the production of precious silk sari..
Kanchipuram, with its precious temples dedicated to Vishnu, can be called the "Capital of Architecture and Pallavian Art" and you cannot miss a visit to the most important and significant: Sri Ekambaranathar: temple dedicated to Shiva, with one of the highest temple towers in southern India;
Sri Vaikuntha Perumal: built by Nandivarma Pallava and dedicated to Lord Vishnu that scenes depict the courage of the Pallava kings; Sri Varadaraja: with a 100-column hall, built by the kings of Vijayanagar.Kanchipuram: the very high temple towers dedicated to Vishnu. 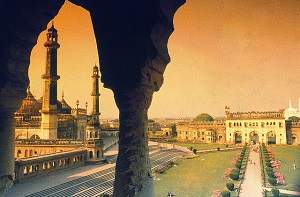 "The Gate of Heaven": a small town overlooking the Arabian Sea, also called the Capital of Krishna is one of the "four sacred Dwellings" and the "seven Holy Cities" of India.
Hindu historians believe that Dwarka was the first capital of Gujarat, the headquarters and capital of Krishna, the eighth incarnation of Vishnu, while the legends tell that this city was founded by Garuda and that Krishna lived there together with some members of his family and to his many wives until his death. The core of the Dwarakadhisha Temple, according to legends, would have been built right on the spot where Krishna had his home.
Here every year pilgrims and tourists come to celebrate Krishna's birthday, Krishna Janamashtami generally has a date between the months of August and September (this year will be the 14th of August). The most famous temples in Dwarka, pilgrimage destination for Hindus and places not to be missed for all travellers are the Rukmini Devi Temple, the Gomti Ghat and the Beyt Dwarka.

The Sacred City to Hinduism par excellence, a destination that alone is worth a trip to India. Varanasi is the holiest of the sacred cities of India, located between the Varana and Asi rivers. The ancient name is Kashi an ancient grass that narrates the legend grew here, but is also known as the name Benares or Banaras had during the English colonial empire, it returned to its original name in 1947.
In Varanasi, the Indian holy city, there are about 80 ghats. Pilgrims come here to wash their sins. Despite these conditions the ritual is clearly still intimate and powerful and does not seem to have diminished or lost in time its sacredness and importance in the eyes of the Hindus. 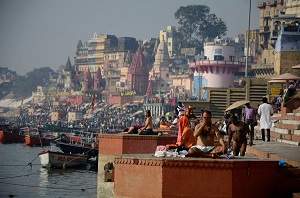 the city south of Delhi crossed by the Yamuna River and shrouded in the devotion of Krishna which according to the legends and ancient Hindu texts here was born there, but which was also a centre of Buddhist faith for some centuries.
The most ancient and important monuments in this city are the Sati Burj, in red sandstone, the Sri Krishna Janmabhumi, a temple built on what is believed to be the place where Krishna was born, the Vishram Ghat - a ghat on the River Yamuna, place of blessings and prayers. Worthy of note are the numerous temples located in the nearby village of Vrindavan, among which the Krishna Balaram Mandi stands out.

The ancient capital city also known as Avantika, lies on the right bank of the Shipra River in Madhya Pradesh.According to the legends, here the god Shiva in the course of a fierce and bloody battle between demons and gods, defeated the evil demon Tripura, dropping four drops of the nectar of immortality from a vase (kumbh), in places where the cities were built of Haridwar, Nasik, Prayag and Ujjaini.
According to Hindu traditions then other factors connote the great sacredness and importance of Ujjain: the first meridian of our planet earth would pass from here, the river Shipra is a sacred river like the Ganges and not least, Ujjain is also one among the various sites of the Kumbh Mela, here on every 12 years!
But returning to its history, it must also be remembered that the Indian poet Kalidas wrote that Ujjain represents: "The city fallen from heaven to bring heaven on earth", because of the legends and the histories natively around!
To Ujjain the main attractions not to be missed are: the Shree Mahakaleshwar Temple - one of the twelve temples of Shiva, the Temple of Ganesh Chintaman, the Temple of Kal Bhairav, the Temple of Harsiddhi, the Palace of Kaliadeh - a delightful example of Persian art in India.
BOOK NOW